Learn about the signs and symptoms of Dementia, risk factors and the role of cortisol.

Dementia describes a range of brain disorders that can trigger a loss of brain function.

Alzheimerâs disease is the most common type of dementia accounting for around 60-70% of cases Symptoms of dementia include memory loss, confusion and problems with speech and understanding. Dementia is a terminal condition.

Although dementia mainly affects older people, it is not the inevitable consequence of ageing. Young onset dementia (defined as the onset of symptoms before the age of 65 years) accounts for up to 9% of cases.

Signs and symptoms of Dementia

Dementia can affect each person in different ways depending upon the underlying causes, other health conditions and the personâs cognitive functioning before becoming ill. The signs and symptoms linked to dementia can be understood in three stages.

Early stage: the early stage of dementia is often overlooked because the onset is gradual. Common symptoms may include:

Middle stage: as dementia progresses to the middle stage, the signs and symptoms become clearer and may include:

Late stage: signs and symptoms of the late stage of dementia include:

Risk factors are things that can raise your risk of developing future chronic health conditions like Dementia.

The more risk factors you have, the more likely you are to develop a chronic health condition.

Your lifestyle over time is a risk factor for Developing Alzheimerâs and Dementia.

The good news is that the impact that your lifestyle may be having on your future risk of illness can be controlled, treated or modified through early detection and lifestyle change.

Although age is the strongest known risk factor for dementia, it is not an inevitable consequence of ageing.

Many factors can eventually contribute to dementia. Some factors, such as age, can't be changed. Others can be addressed to reduce your risk.

Risk factors that can't be changed

Risk factors you can change

You might be able to control the following risk factors for dementia.

Cortisol and your risk of Alzheimerâs Dementia

Cortisol is a glucocorticoid hormone that regulates a range of systems within the body including brain function.

Research has shown that Cortisol levels over time can contribute to neurodegeneration and provide an early warning sign that you may be at an increased risk of Alzheimerâs and Dementia.

In order for each region of the brain to develop, regenerate and be healthy it depends on cells and each region within the brains to work optimally. Cortisol affects the brain through binding to receptors known as type I Mineralcorticoid Receptors (MR) and type II Glucocorticoid receptors (GRâs) and regulates levels of Brain Derived Neurotrophic Factor (BDNF) within the brain, which can affect a range of processes including brain plasticity, neurogenesis, and synaptogenesis. 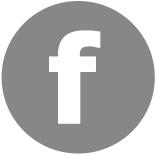 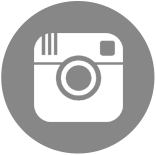 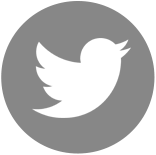 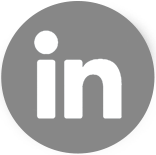